Hey there cute pregnant mama,  feeling overwhelmed or nervous about your pregnancy?

Free eBook: Expert Secrets
#1 Best Pregnancy Resource For Expecting Moms!
There is so much preparation that goes into planning for your baby's arrival. It can be so OVERWHELMING at times. Luckily, The Practical Pregnancy Planner is here just for you! 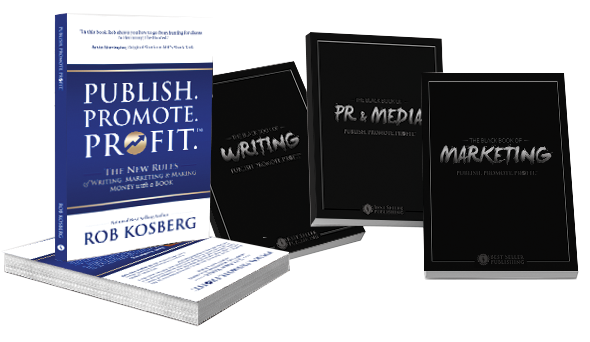 1
Enter Your Email below!
2
Choose Your Planner
Shipping
Click Here To Pick Your Planner
Practical Pregnancy Planner™ retails for $67.95, but we we have a special deal for you! Enter your email to get this special offer! Your information is secure and will not be shared.
Edit Shipping Details
Item
Shipping
$7
$5
$5
$5
Your order has been declined. Please double check your Credit Card Details or contact support for information.
Credit Card Number:
CVC:
Expiry Month:
Expiry Year:
Item
amount
Dynamically Updated
$XX.00

One Time Offer - Only $7:: Want A HUGE 90% Discount On My MOST requested handbook? This handbook will show you everything and I mean EVERYTHING that you need to know about breastfeeding. This will help you become a BOSS at breastfeeding QUICKLY! Check YES above to add this special offer to your order now for just $9. (This offer is not available at ANY other time or place) *THE BREASTFEEDING HANDBOOK IS ONLY INCLUDED IN THE BEST VALUE PRACTICAL PREGNANCY PLANNER) 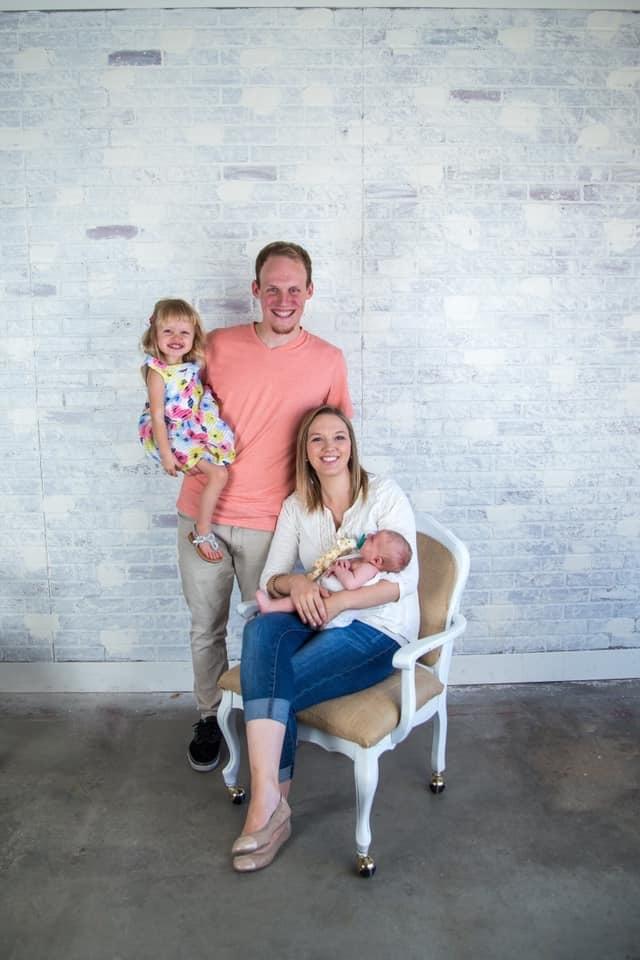 I don't even know where to start! I want to tell you so much but if it did it would end up being a book! This pregnancy planner was a long time coming. There were a lot of things in my life that lead to its creation and I want to share my story and how I came to creating this planner with you! To start off lets start at the beginning back in 2010. I was struggling with very painful periods, cramps and I would be in so much pain all of the time. After 3 years of being in constant pain and a lot of research later. I discovered that I might have endometriosis. I went to see a doctor but he told me I was to young to have it. However, I was so sick and tired of being in pain that I demanded that he check me out. We had many doctors appointments and by the 4th or 5th appointment he was confident that I did have endometriosis.
I was schedule for surgery and they discovered that I did indeed have a moderate amount of endometriosis gunk. Once I woke up from my surgery they told me the good news which was that they removed all the endometriosis out. But the bad news was I had a lot of scaring in my fallopian tubes and that It will be difficult for me to get pregnant or I would not be able to get pregnant at all. I was crushed! All my life I wanted was to have my own children. I went on with my life open to the idea of adoption but I knew that when I got married we would try everything before adoption.
In 2014 I met my hunk and we were married in January of 2015. In 2016 my amazing husband and I got pregnant after 10 long months of trying! I am so shocked!!! We actually got pregnant when I thought it would be impossible. I was so happy to finally see two lines on a pregnancy stick. Since the 20 other ones were always negative. After the initial shock and excitement of finally getting pregnant (and 4 positive pregnancy tests latter) I became very overwhelming, stressed and nervous.
I was going to have a BABY! we were going to be PARENTS! holy crap this just became real. We struggled to find the right OB, hospital ( then at 20 weeks I switched to a midwife) everything just seemed to much! I would search and search on Pinterest and Google to find checklists so that I would have everything prepared before our baby came. I didn't feel like I ever found the perfect checklist. When i hit 40 weeks I was so ready to be done being pregnant and I really hoped we got everything we needed (truth is....we didn't) I had to get so many items for myself and our baby AFTER she came! Ug it was so stressful.
I wished I was way more prepared for birth, for recovery, and added more must have items to our baby registry. Months later after having our baby I heard of other expecting mamas who felt and struggled with the same things as I did! I was shocked! I wasn't alone but there was nothing out there to help moms not go through what myself and so many other moms did.
That is when I had a huge "aha" moment! I wanted to create a planner that would help first time moms be prepared to become a parent! I spent months and months putting together the ULTIMATE planner. I am so excited to finally be able to share it with you! I don't want you to feel so unprepared like I was. Enjoy this planner and I hope it helps you as much as it has helped other expecting mamas!

The Practical Pregnancy Planner is A stress-free, organizational guide for expecting moms!

The lack of preparation and organization during your pregnancy are causes of a greater problem that's a little harder to see (that’s the bad news), but a lot easier to
fix (that’s the good news). Inside if this planner you will find everything and I mean EVERYTHING to help you be more than prepared to welcome your baby into your arms.
After struggling and stressing through my pregnancy and talking with many expecting moms who felt just as overwhelmed as I did. I put together the ULTIMATE planner/guide and memory keepsake that moms wish they had during their pregnancy. You now have access to all the checklists, guides,worksheets, and BONUSES to use to make sure that you feel confident, organized and most importantly...PREPARED to become a mom!
YES! I Want The Practical Pregnancy Planner! I'm Ready To Get Started! Help me get prepared for my baby now!
Order TODAY and Receive These BONUSES:

Hurry, This Offer Won't Last long!
“This planner would be a great tool for any mom to plan for their baby's birth!”

Susan Erni
Mama of 1
"The Pregnancy Planner is AMAZING! It has everything and more that new moms would need to help them prepare for their baby. There is so much content in each section that it will in no doubt help any expecting mom."

“I love the information and how organized everything is. Everything that I've read is awesome!”

Will this planner work for me if I am in the first trimester?
YES! this planner is PERFECT for you if you are in the first trimester! You are just starting out and there is no better way to start off your pregnancy right.
Will this planner help me plan my gender reveal party?
This planner includes EVERYTHING that you need when it comes to planning your gender reveal party. Plus there is even a list of 15 super fun and cute gender reveal ideas!
Will this planner help me have everything prepared before my baby arrives?
That is a big fat YES! That is why I created this planner. This planner is here to help mamas like yourself have everything prepared before their baby arrives. You will feel confident and ready to become parents. Not only is this planner made to help you during your pregnancy but after as well!
What if I am in my second trimester?
Mama, if you are in the second trimester this planner is STILL for you. Since you will be getting the first trimester as well, it will be great for you to look back and add any special first trimester moments and also to make sure that you have completed everything in the first trimester.
* If you would like to only purchase the second trimester please click the button below*
Will this planner help me put together my baby registry?
YES, YES....and YES! there are 3 worksheet which will help you create the perfect baby registry. These worksheets even include must have items that will help make mom life so much easier!
Will this planner help me plan my baby shower?
YUPPERS! even if you are having a family member or friend plan your baby shower they can even use these sheets to plan the baby shower that you are expecting. You will get a budget form, guest list, thank you lists and so much more so that you get the perfect baby shower!
Will this planner help me prepare for labor & delivery?
Since birth is one of the most nerve-racking things to think about. I spent extra time making sure that you will feel more than prepared. There are 15 worksheets that will prepare your for birth. You will be getting birth prep worksheets, hospital bag checklists, birth plan and more all dedicated to helping you have a stress-free, panic free, and anxiety free birth.
What if I've already had my baby shower and the nursery is done?
No worries! you can still use this planner even if you have already had any parties, created your registry, and have set up the nursery. You can use these worksheet to help make sure you didn't miss anything. You don't want to bring your baby home to find that you don't have an item when you need it. It's always best to be prepared before hand.
Can I use this planner if I am in my third trimester?
You sure can! This planner is perfect no matter what trimester you are in. Even if you are in your third trimester you can look through the first and second trimester sections and add pregnancy moments, check out the checklists to make sure you haven't missed anything, and you can use this planner again and again for each pregnancy!
* If you would like to only purchase the third trimester please click the button below*
Will this planner help prepare soon-to-be-dad?
YES! within each section there are dad prep worksheets as well. Each of these sheets will help soon-to-be-daddy know what to expect, how to support mom and how to prepare to become a dad.
Will this planner help me prepare for breastfeeding?
You know it! There is a big learning curve for mom and baby when it comes to breastfeeding. The breastfeeding handbook is there to help you know how to breastfeed, deal with common challenges, how to pump, and so much more!
What if I only want to buy the 2nd trimester or 3rd trimester?
If you only want to purchase the 2nd or 3rd trimester you totally can! To do so. Click one of the links below:
I only want the 2nd Trimester
I only want the 3rd Trimester
I'm Ready! Help me prepare for my baby I am going to be one prepared mama!

Want A HUGE 90% Discount On Our Best Selling Course?

This course will give you a simple process to sell almost anything... without actually selling ANYTHING! It will help you to DOUBLE your results in HALF the time!

Check YES above to add this special offer to your order now for just $197 $37. (This offer is not available at ANY other time or place)
Almost 63% Of Our Most Successful Members Choose This Upgrade...
Get BOTH the Expert Secrets book PLUS DotcomSecrets AND 4 Other Unadvertised Booklets! 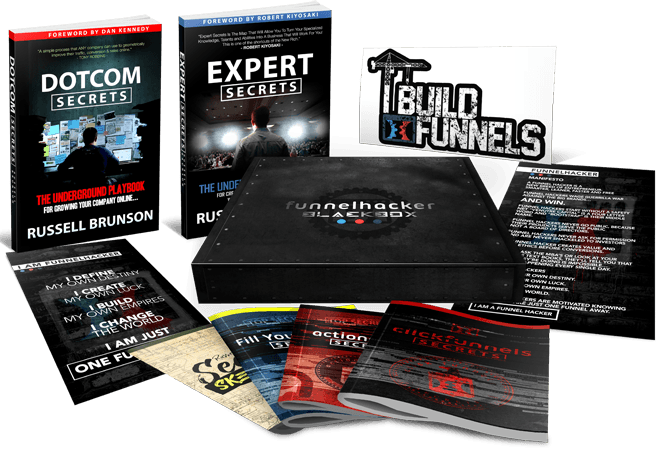